The Calder & Hebble seems less aggressive than the Rochdale - it's not trying to cross the Pennines. But it has every bit as much Yorkshire grit. In 21 miles it links Wakefield, the former County Town of the West Riding, with Sowerby Bridge.

The terminal basin at Sowerby Bridge, with its four stone warehouses, covered docks and manager's house is one of the finest sets of canal buildings in England. The canal leaves along the side of the valley, with views of the Calder winding below. At Salterhebble, the main line is joined by the stub of the Halifax Arm, and picks up water from the Hebble Brook - its sole, if valuable, contribution to the navigation. Tight turns take you down a lock flight, through an unusual guillotine gate, and so down the side of the valley to Elland, with another fine group of waterside buildings including the Barge and Barrel.

The canal dives back into woodland, and after a dramatic turn at Brookfoot arrives in Brighouse. This town repays a little time, with interesting shops and buildings, and many places to eat and drink. From the attractive split-level canal basin, you pen down for the first time into the River Calder itself.

Now the character of your journey changes; the river is less intimate, at turns dreamy and dramatic. Soon you slip off the river into a narrow cut, under the motorway on a towering, thundering viaduct, down through another two quiet locks and so back into the river. Then on through alternating river and cut till you arrive at Mirfield, with pubs, supermarkets and proper shops. Passing two ancient dry docks, the scene of much past boat-building, you head for Greenwood and then for Long Cut. A deep cutting lined with trees takes you to Double Locks from where you can explore the short arm to Dewsbury Basin, and the Leggers Arms.

Back on the main line, Figure of Three (which is, er, two locks because it refers to the original shape of the river) takes you to Horbury (bus to go underground at the National Mining Museum) and Broad Cut, both popular moorings with pubs. Another wide and lazy stretch of river under another rushing motorway leads to Thornes Cut, a little more river and suddenly you are in Wakefield, mooring right next to the Navigation Warehouse, recently restored, and the new Hepworth Wakefield. A bus will take you to Nostell Priory, a National Trust house stuffed with Chippendale furniture made for it. From here, it's a short run to Fall Ing Lock, where you leave the Calder & Hebble and join the Aire & Calder.

The Calder & Hebble is a river navigation - which means simply a river which has been made passable for boats, as opposed to an entirely man-made canal driven over a watershed. The important difference is that a river navigation takes its water from the always-flowing river, whereas a watershed canal must be supplied from reservoirs built above the head of the rivers on either side.

What stops a river being navigable is shallows, so weirs were built to hold up the water to make it deep enough for boats. To get past the weir, the boat needs a lock. At its simplest, the lock is built in a short cut beside the weir. The Calder & Hebble has much more extensive cuts bypassing long stretches of river.

The Calder & Hebble is much older than the nearby canals. Started in 1759, the first boats were through to Sowerby Bridge in 1770, more than a generation before the Rochdale Canal. Right from the beginning, extensive cuts were made to bypass shallows or meanders. As time went on, repeated flooding caused problems and the length of artificial cut was extended. Thus in 1770, 21% of the main line between Wakefield and Sowerby Bridge was in cuts; by about 1850, this had grown to 68%.

This process of continued investment makes the Calder & Hebble more like the Aire & Calder than any of the pure canals in the north, whose structures and routes are little changed since the period of original construction. The failure of most canals to re-invest was a component in their phenomenal return on capital, but also the seed of their downfall, when investors turned to the new, high-tech railways. But whereas the Aire & Calder's investment enabled it to fight back and expand, the Calder & Hebble was more a case of good money after bad. Indeed, with the coming of the railways, the Calder & Hebble had a loss of nerve and was leased, first to the Manchester & Leeds Railway in 1844, then to the Aire & Calder for 21 years from 1865. After regaining control, the Company continued to invest but not sufficiently, thus achieving a steady but still profirtable decline. In both World Wars, continental trade with the Humber ports was interrupted, which caused great harm to the business. The last coal traffic to Sowerby Bridge Gas Works was in 1955, and the last traffic to Thornhill Power Station was in 1981.

The wooden boats which used this canal, in the north east of the waterway system, were called West Country boats - because they travelled westwards from the Humber, where that type of boat, known as keel, originated. A proportion of them was fitted with sails, but the majority were hauled by horse or manpower. The size of the locks, made to suit these boats, was shorter than the Rochdale, and wider than the Huddersfield, so a deal of transhipment was required, which must have been a factor in the decline of trade. 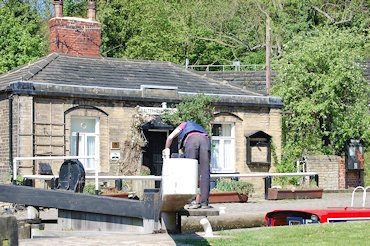 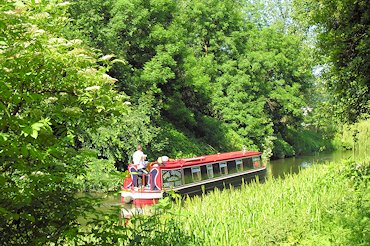 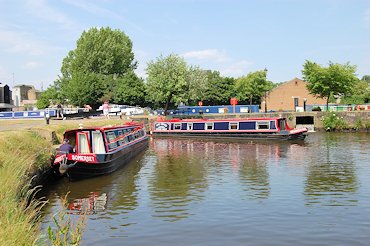 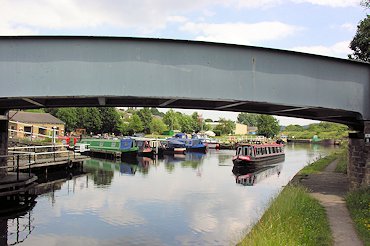 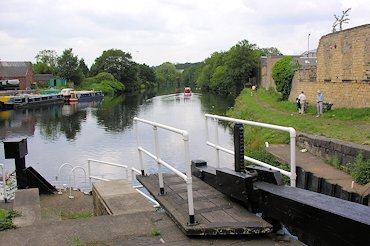 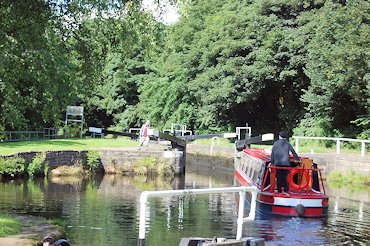 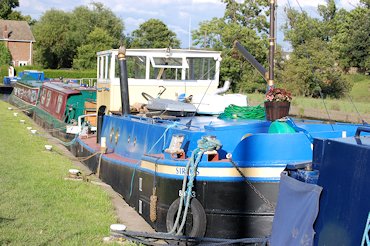